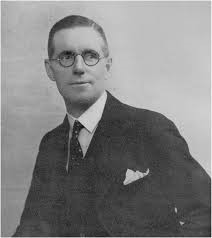 In 1927, Dr. Cecil Alport published a paper in the British Medical Journal in which he discussed his study of several generations of a family with what earlier physicians had called “hereditary familial congenital haemorrhagic nephritis.” So how did this condition come to be named after Dr. Alport?

Who Was Dr. Alport?
Arthur Cecil Alport was born in South Africa on January 25, 1880. He attended the University of Edinburgh and in 1905 received his MB (Bachelor of Medicine) and ChB (Bachelor of Surgery) degrees, both of which are the UK equivalent of the MD in the US. Following graduation, Dr. Alport returned to South Africa, where he practiced medicine and owned a gold mine which was not very productive. During World War I, he served in the Royal Army Medical Corps in southwest Africa, Macedonia and Salonika, where he would become an expert on tropical diseases like malaria. He received his MD in 1919 and became a member of the Royal College of Physicians (MRCP) in 1920.

Dr. Alport joined St. Mary’s Hospital in London in 1922 as the assistant director of the medical unit where he would teach for the next 14 years. Dr. Alport later spent six years in Egypt, where he was appalled by the dishonesty, corruption and neglect of poor patients. He wrote a pamphlet calling for reform of Egyptian medical facilities, which inspired a bill presented to the Legislature in 1944. He died in London in 1959.

Dr. Alport’s Observations
Beginning in 1875, doctors at London’s St. Mary’s Hospital had studied sixteen people in three generations of the same family. Over the next 50 years, doctors described other families in which multiple family members in each generation had unusual symptoms, including nephritis, hematuria, the presence of albumin in the urine, increased blood pressure, and death at a young age.

In 1924, Dr. Alport saw a 14-year-old boy in the third generation of the one of these families. In reviewing the family history, he found that almost all affected children in three generations of this family had hematuria, nephritis and deafness. He also noted that prior studies had not emphasized the deafness but had focused on the kidney symptoms. Dr. Alport observed that the deafness was extreme in many cases and occurred not just in individuals with hematuria or nephritis, but also in those who seemed otherwise healthy.

Over the course of the next few years, Dr. Alport continued to treat this same young man. He conducted several tests while trying to understand the cause of his symptoms without success. In 1926, two cousins from California visited London and were seen by Dr. Alport. He also reviewed medical records of another family with two sons who had blood and albumin in the urine.

In March 1927, Dr. Alport published his findings in the British Medical Journal. He called the condition “hereditary familial congenital haemorrhagic nephritis” and noted the members of these families were more susceptible than other people to kidney damage. He stated that deafness is seen in nearly all cases, with male family members more likely to experience premature death. He also observed variations in the symptoms and outcomes of each family member. Dr. Alport felt it was a rare condition as only half a dozen families appeared to be affected.

Later Research
No further instances of the condition were reported until 1951, when a study described a large family affected by a similar disorder. Over the next ten years, reports from around the world indicated that more than 250 individuals from 19 families were similarly affected. These later studies provided new insights into the nature of this syndrome.

Dr. Williamson reviewed several additional cases of families affected by this disorder. The families lived fairly close to one another but were completely unrelated. He also indicated that early diagnosis is not easy without family history. He suggested the syndrome is more common than originally suspected. Dr. Williamson pointed out that these symptoms were distinct from other glomerular nephritis cases and should have a unique name. He suggested naming the set of symptoms after Dr. Alport, who was the first person to describe the main features of the syndrome. The suggestion was made again by A.C. Ferguson and C.P. Rance in 1972, after which “Alport syndrome” became more widely used.

Researchers over the next few decades continued to study cases of Alport syndrome, identifying the Alport gene, providing a clearer understanding of genetics, key symptoms, and how females are affected. By 1987, Dr. Alport’s original 1927 paper had been cited 235 times in later research articles; that number is sure to be higher now.

Medical advances since Dr. Alport’s time, such as dialysis, kidney transplantation, and medications that prolong native kidney function and prevent rejection of transplant grafts, have made a significant improvement in the lives of individuals affected by Alport syndrome. Researchers are still studying Alport syndrome, seeking to learn more about how the disease is inherited, how it progresses and trying to find new treatments to help individuals affected by this condition.

We are grateful for Dr. Alport and his colleagues and for those who have continued to seek ways to improve the lives of individuals affected by Alport syndrome. We are honored to join our efforts with theirs.