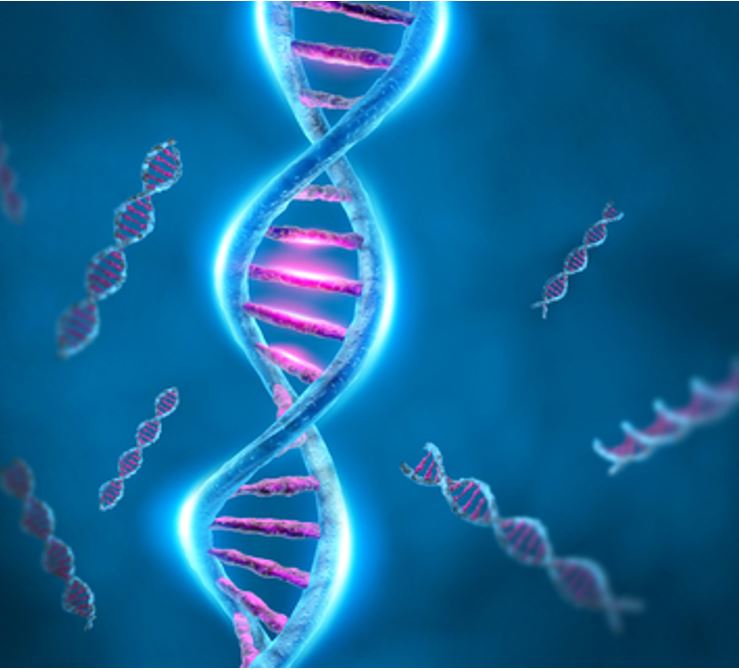 This article focuses on the advances in genetic testing and how this new technology may affect the understanding of Alport syndrome.

What is next generation sequencing and how is it changing our understanding of the genetics of Alport syndrome?

Over 1,000 different mutations in the COL4A3, COL4A4 and COL4A5 genes have been found in Alport patients.  Most Alport families have their own, unique mutations.   Because there are so many different mutations, finding a mutation in a particular patient or family with Alport syndrome requires a type of analysis called gene sequencing that determines a gene’s exact nucleotide sequence. Nucleotides are molecules that make up DNA; this is described in more detail in Understanding Specific Genetic Mutations below.

From the 1970s to the mid-2000s the predominant method used for gene sequencing by both research and commercial laboratories was the Sanger, or chain termination, method.  The Sanger method, while very precise, is relatively laborious and expensive, especially for large genes like COL4A3, COL4A4 and COL4A5 that contain thousands of nucleotides.  Recently, a growing number of research and commercial laboratories have adopted the next generation sequencing (NGS) method, which allows the simultaneous, automated sequencing of multiple genes.

An advantage of NGS for genetic diagnosis of Alport syndrome is that it allows the simultaneous analysis of the COL4A3, COL4A4 and COL4A5 genes.  This is especially useful when examination of a patient and his/her family’s pedigree does not allow definitive assignment to X-linked, autosomal recessive or autosomal dominant Alport syndrome.  With Sanger sequencing, a common approach was to sequence the COL4A5 gene first, since the X-linked type is the most common form of Alport syndrome.  If no mutation was found in the COL4A5 gene, the COL4A3 and COL4A4 genes would be sequenced.  The ability to sequence the three genes simultaneously by NGS reduces the turn-around time and potentially the expense of genetic diagnosis of Alport syndrome.  NGS also has the capacity to identify certain types of mutations that are difficult to find by Sanger sequencing.

In order to understand next generation sequencing (NGS) it is necessary to understand a little bit about genes and how they are altered in genetic diseases like Alport syndrome.

Genes are composed of deoxyribonucleic acid (DNA).  DNA is made up of molecules called nucleotides. There are four nucleotides that make up DNA – guanine (G), adenine (A), thymine (T) and cytosine (C).  Genes consist of specific sequences of bases (combinations of nucleotides) that are decoded by a cell’s manufacturing machinery to combine and arrange amino acids to produce proteins.  Genes also contain specific signals that inform the protein-manufacturing machinery where to start and end each protein.

Mutations are disease-causing changes in the nucleotide sequences of genes that affect the production or function of proteins, leading to organ malfunction.  There are a variety of types of mutations.  There are five types that are important in Alport syndrome:  missense mutations, nonsense mutations, frameshift mutations, splicing mutations, and major rearrangements.

A missense mutation changes one nucleotide in the sequence of a gene, resulting in a change of one amino acid in the resulting protein.  Blocks of three DNA bases code for specific amino acids.  For example, four nucleotide sequences can code for the amino acid glycine – GGT, GGC, GGA or GGG.  Changing the second G to an A (GAT) will code for a different amino acid (aspartic acid).   Replacing a glycine with an aspartic acid can have a significant effect on the function of a protein, and in fact this is a common type of mutation in Alport syndrome.  About 40% of mutations causing Alport syndrome are missense mutations.

A nonsense mutation also changes one nucleotide in the sequence of a gene, but in this case the alteration turns a sequence for an amino acid into a sequence called a stop codon, which tells the protein-making machinery to end the protein.  This results in a shortened protein that usually does not work at all.  For example, if the sequence CGA, which codes for the amino acid arginine, is changed to TGA (a stop codon), the protein will end prematurely.  Nonsense mutations account for about 7% of the mutations that cause Alport syndrome.

A frame shift mutation results from adding or subtracting nucleotides in a number that cannot be divided evenly by three.  Because the protein-manufacturing machinery reads the sequence of a gene in blocks of three, addition or subtraction of nucleotides in a number that cannot be divided by three causes a shift in the reading frame.  The result is an abnormal, nonfunctional protein.  For example, insertion of an adenine (A) nucleotide changes the sequence GTC-ATG-TTT-AGC-TCA-TUC-AGG-AAG-TGT (valine-methionine-phenylalanine-serine-serine-isoleucine-argnine-lysine-cystine) to GTC-ATG-TTT-AAG-CTC-AAT-CAG-GAA-GTG (valine-methionine-phenylalanine-lysine-leucine-asparagine-glutamine-glutamic acid-valine).  About 20% of the mutations that cause Alport syndrome are frame shift mutations.

Messenger RNA (mRNA) is the molecule that carries information from genetic DNA, which is located on chromosomes in the cell nucleus, to the cytoplasm where the protein-making machinery (the ribosome) is located.  mRNA is manufactured in fragments that have to be spliced together to create the full-length mRNA that directs protein production.  Splice site mutations results from changes in short sequences called splice donor and acceptor sites that enable the splicing of pieces of mRNA.  A change in a splice donor or acceptor site can result in a protein that is missing an important functional component.  Splice site mutations have been found in about 20% of people with Alport syndrome.

What else is new and exciting in Alport syndrome genetics right now?

An area of great interest in the Alport scientific community involves the question of whether variations in other genes (so-called modifier genes) can influence the severity of disease caused by a mutation in the COL4A3, COL4A4 or COL4A5 gene. There is evidence for modifier gene effects in transgenic mice with Alport syndrome but this has not been convincingly demonstrated in human Alport syndrome.  The development of analytic methods that allow the efficient analysis of all of the genes that produce proteins (whole exome sequencing) has made it feasible to carry out the kinds of studies necessary to investigate the modifier gene question.  Such studies are being organized but will take time to produce results.